Jonathan went to the University of Wisconsin-Madison where he received a degree in Physics. After about a year abroad in India, he moved to Chicago and got a job at a large digital ad agency focusing on Search Engine Marketing. While working there he held numerous positions including building a data analytics team, helping build an 80+ employee office onsite in New Delhi, India, and eventually overseeing the operations of the New Delhi office. While volunteering, Jonathan learned that Google offers nonprofits a generous monthly grant and decided to start ADvocate Media to help nonprofits take advantage of this opportunity.

Get to Know Jonathan: Has a 3-year-old girl/dance-off competitor with his Tibetan-Brazilian wife | Enjoys living and traveling in South Asia | Loves cooking for his creative outlet | Geeks out on a multitude of topics, and spends his free time studying his latest interest.

What Jonathan Does at ADvocate Media: Jonathan oversees business development, and assists with data analytics. 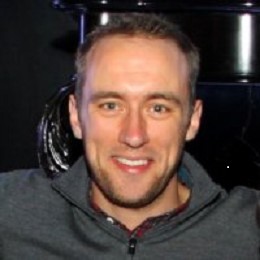 Adam attended Northern Michigan University and received a degree in business. Shortly after graduating, he moved to Chicago and took a position in sales/training with a manufacturing company where he was responsible for business development in Southeast Asia. After a few years, he switched industries and accepted a position in Search Engine Marketing with a large digital agency. While there, Adam worked in variety of positions beginning in account analysis and optimization and finally working up to a position as Operations Manager. It was here that he and Jonathan met and became friends. Over the course of their tenures at the agency they had discussed working together by utilizing their skillsets to help nonprofits through Google grants. When ADvocate Media finally became a reality, Adam immediately wanted to get on board.

Get to Know Adam: Looks for any opportunity to get outdoors and mountain bike, ski, or hike | Enjoys music, reading about different topics in science as well as sci-fi novels and the Detroit Lions | Loves nothing more than dropping off the grid for a few days and camping with his family.

What Adam Does at ADvocate Media: Adam handles operations and execution of projects, and also assists with business development.